Whilst the sea around Portland can be particularly hazardous to shipping, the island has provided shelter for mariners from earliest times, and, since the construction of Portland Harbour, a safe and secure anchorage known to seafarers from around the world. 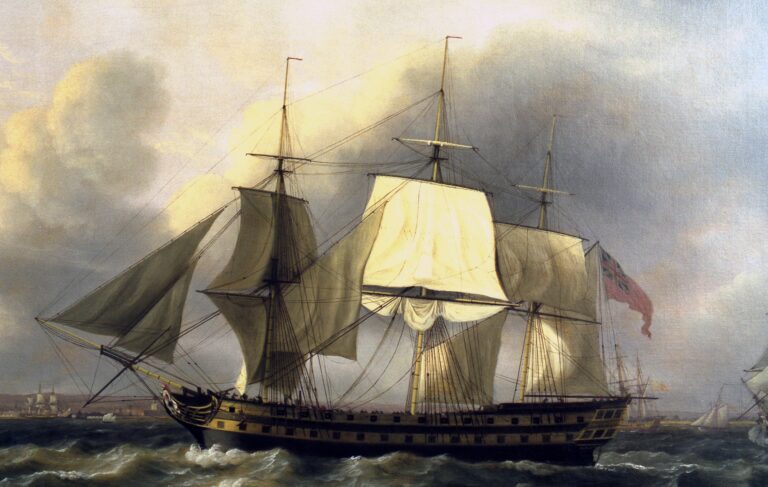 The museum houses a maritime collection that tells the story of the island’s nautical history. Displays include items recovered from the shipwrecks of the Earl of Abergavenny and the Royal Adelaide, just two of the numerous ships lost in local waters. The painting above is Thomas Luny’s The ‘Earl of Abergavenny’ East Indiaman, off Southsea (photo credit: British Library)

From the first recorded landing of the Vikings on English soil and the establishment of the Royal Naval base, to hosting the sailing events of the 2012 Olympic Games, Portland’s history has been forever linked to the sea.

You can view some images of our Maritime Collection here:

Please browse the galleries for photos and images of some of our key collection items. We are frequently adding images to the galleries and you can always email us if there is a particular something you are searching for that you can’t find here.